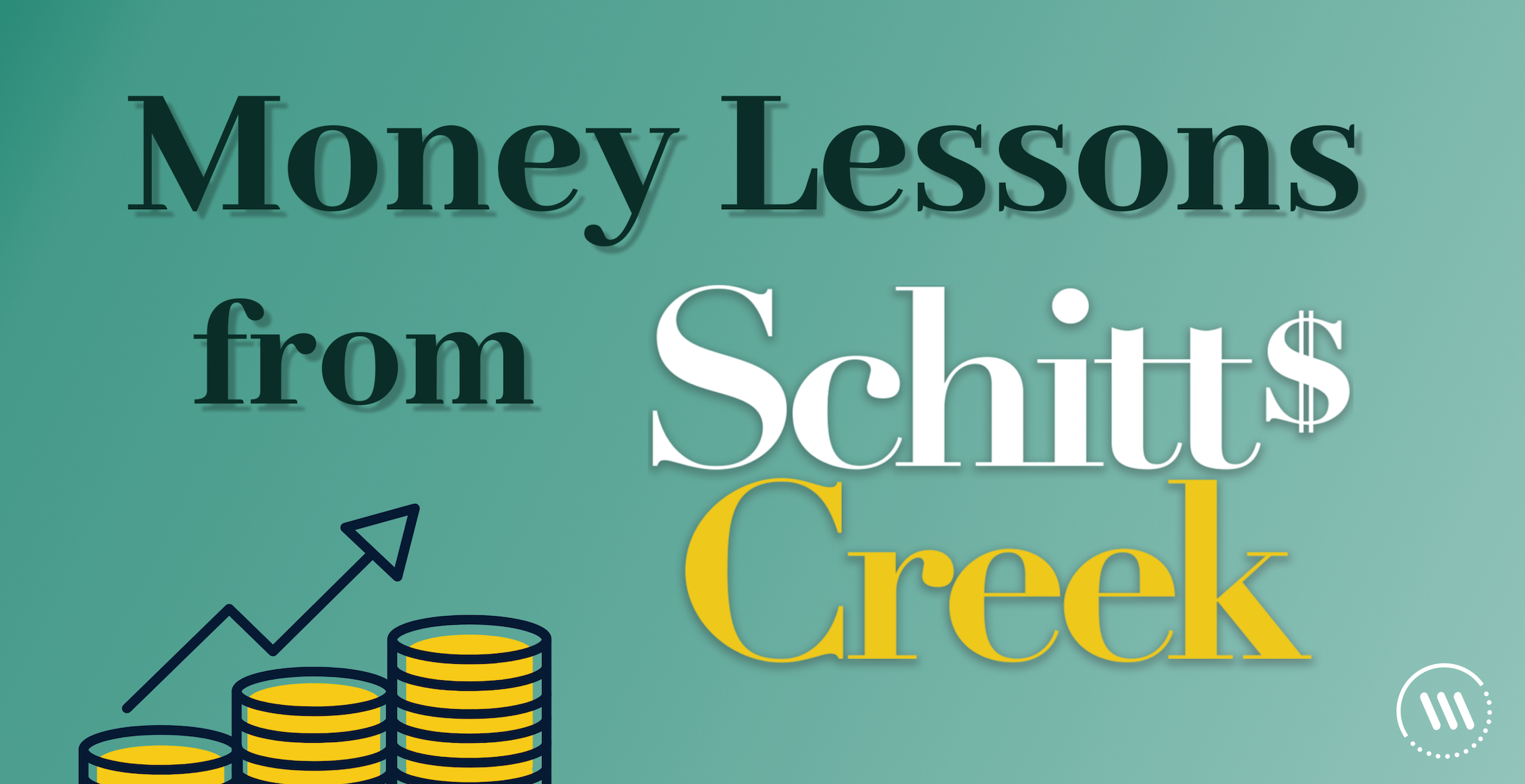 It swept this year’s Emmy’s with a record-breaking, gobsmacking 9 Emmys for a comedy show. It’s fair to say Schitt’s Creek is the sit-com of the moment, with an ever-growing fanbase facilitated by its appearance on Netflix this year.

The colourful Canadian sit-com is just the kind of escapist comedic relief we all need in these tumultuous times.

The show starts with the two parents Johnny and Moira (classic caricatures of the 1%) and their grown-up (albeit childish) children David Alexis. We watch as they witness their mansion being raided by the US government. Their family fortune was tied up in The Rose Video chain empire, which crumbled when their business manager defrauded the family.

The government allows them to keep just one asset: the ownership of the tiny town Schitt’s Creek – a town that was bought as a ‘joke’ by Johnny to his son in 1991. There they are forced to forego their usual luxuries and live in a run-down motel. But, they soon realise, it might be a blessing in disguise..

Beneath the veneer of outlandish outfits, sassy put-downs, and enough wigs to put American Hustle to shame, is a show with a whole lot of heart. Oh, and some financial literacy lessons too.

Here are the 5 money lessons we spotted in the hit sit-com.

1.   Always Keep a Close Eye on Your Money

The Rose family fortune’s downfall was all due to their business manager taking everything. But that doesn’t mean the family themselves were not at fault. The Rose clan spent with abandon and foolishly assumed the money tap would never run dry.

Instead, they should have saved and spent within their means. And of course, known where their money is going. While most of us may not have a business to manage, the sentiment still applies to everyone. We shouldn’t leave our money out of sight for too long.

Many of us avoid checking our bank accounts because we are scared of what we might find. Which, ironically, is exactly why it is so important we do check it.

It’s always smart to be aware of the different pots of money you have lying around – whether that’s in your pension, savings pots, or spread across different bank accounts. An all-rounder financial app like Wagebox can certainly help you keep tabs.

2.   Insurance Can Save You a Whole Load of Stress

When the matriarch of the family, Moira, loses her crocodile handbag, she get – to put it lightly –emotional.

‍ Moira, tearing up: “I love that bag — I’ve kept it safe all these years, and now it’s out there, frightened and alone.”

To Moira, this wasn’t just a bag, it was a family heirloom; an emergency fund that had been passed down through the generations of women in her family. So, say you had to leave your husband in the middle of the night, you could run off with it and that asset would financially protect you. A bit kooky, but kind of smart right?

Moira never insured it though. And then it went missing, it was “out there, frightened and alone”, and she was freaking out. She may have avoided her break-down if she had insured this asset from the start. Then she would have been able to focus on more important things like…searching for her missing son.

Insurance in all forms, homeowners, renters, phone and laptop insurance, can worthwhile for 2 main reasons. The first, is that you are buying peace of mind when something valuable breaks or goes missing.Secondly, insurance means you can replace something valuable even if you can’t afford it up-front.

3.   Tax Deductions Are Not Free Money

In season two, the newly broke David (played by Daniel Levy) gets a job at 'Blouse Barn' and decides to go on a spending spree with tax-deductible business expenses. When his father Johnny (played by EugeneLevy) calls him out on his indulgent spending, he exclaims:

Johnny: “Do you even know what a write off is?”

David: “Yeah, it’s when you buy something for your business and the government pays you back for it.”

Unfortunately, this is not how tax deductions work.

Deductible expenses for an individual or small business usually come under one of two categories: charitable donations, or business operation costs. When you claim these expenses, you can deduct them pound-for-pound from your taxable income. This means you won’t be taxed for these purchases. It is not a pound-for-pound reduction of your taxes owed.

For example, you could spent £1000, but only save £350. It makes financial sense to do this if spending that £1000 would help boost your business. Otherwise – if you just want to pay less taxes- you would be better off not making these expenses in the first place.

In short, David was wrong – it’s certainly not free money.

Now, I know what you’re thinking: I’d rather crying in an infinity pool in Bali than in my dingy flat - and you do have a point there! That being said, more money doesn’t always mean better wellbeing.

Prior to living in Schitt’s Creek, the Rose family supposedly ‘had it all’. However, in reality, they had little to no quality time together. We witness flashbacks to family affairs where they were distant and dismissive of each other. In contrast, when they land in their new town, their cold hearts start to thaw. They all form new healthy relationships and rediscover each other. Soon, they are a happy and tight-knit family.

Having a high level of wellbeing entails focusing on all areas of your life – financial and emotional.